The Hungry Dogs vs. The Empire 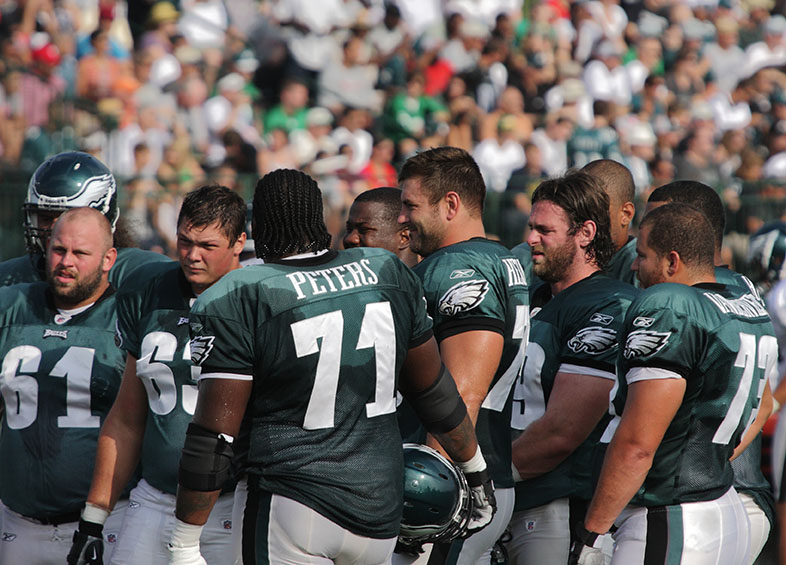 After a very long two-week layoff the Philadelphia Eagles will finally face the New England Patriots in Super Bowl 52 at 6:30 pm EST. This match-up pits two high-powered offenses against two top-five defenses. The Eagles are looking to stop the Patriots from getting their sixth title.

The Eagles will be relying very heavily on their balanced offense and strong defense to stop Brady and the Patriots offense and end their dynastic reign over the NFL.

The 2017-2018 Eagles have faced a lot of turmoil this season. They had to persevere after losing important players on both sides of the ball and keep the faith that they would still make a deep playoff run. Just like 2nd Timothy 2:4 which says, “I have fought the good fight, I have finished the race, I have kept the faith.”

This is the first time in thirteen years that these two teams will face off, with a title on the line. In 2005 the Patriots got the better of the Eagles by a score of 24-21. This is a far different Eagles team than the one Tom Brady and Bill Bellichik faced in 2005.

The 2017-2018 Eagles have faced a lot of turmoil this season. They had to persevere after losing important players on both sides of the ball and keep the faith that they would still make a deep playoff run. Just like 2nd Timothy 2:4 which says, “I have fought the good fight, I have finished the race, I have kept the faith.”

None of those losses matter now as the Eagles are four quarters away from their first Super Bowl title in franchise history.

The Patriots in comparison to the Eagles had a smoother ride getting to Super Bowl 52. The Patriots did not lose a lot of key players to injuries like the Eagles did.

The Patriots did have a tough AFC Championship match-up against the Jacksonville Jaguars. Brady had to throw a game-winning touchdown to Danny Amendola to seal the deal for the Patriots.

The Patriots have one of the most high-powered offenses in the league, led by Tom Brady. They were expected to get to the Super Bowl.

The Patriots will be hoping to exploit a mismatch between tight end Rob Gronkowski and the depleted linebacking core of the Eagles.

Gronkowski is the biggest offensive weapon the Patriots have, and the Eagles defense must slow him down if they want to dethrone the Patriots.

The Philadelphia Eagles will look to silence all their doubters by beating the heavily favored Patriots and stopping them from getting their sixth title.

Strap in folks this will be a great match-up between the hungry dogs and the empire.

Wentz is Finding His Voice

They came to see their world champion Philadelphia Eagles play in the inaugural AO1 Foundation Charity Softball game, organized by Carson Wentz. Wentz is not only making his mark on the field, but also making it off the field and for the greater good.
Sports

Once again, the Philadelphia Eagles found themselves playing the underdog role, in a home playoff game.
Sports

A Spark of Hope

It is not often that a number one seed beats a six seed in the National Football League (NFL) Playoffs, by a score of 15-10, and it is a considered an upset.  That is the position the Philadelphia Eagles found themselves in as they faced the Atlanta Falcons, last night in the Divisional Round of the playoffs.
Sports

The Rolling Tide Vs. Hungry Dogs

The University of Alabama Crimson Tide and University of Georgia Bulldogs are preparing for a battle of the SEC’s finest, in tonight’s NCAA College Football National Championship game. Tonight’s game is not only a renewal of a storied rivalry, but also the game is enhanced because it pits Bulldogs Coach Kirby Smart against his mentor and teacher Nick Saban.

Wentzwagon Derailed, But Not Out