Remembering the Rally in Riviera for Corey Jones 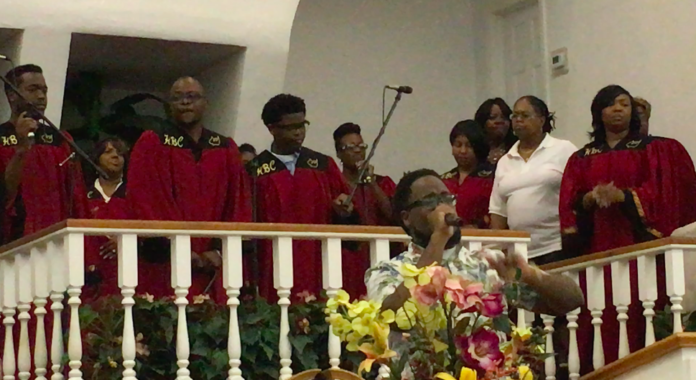 We remember the pleas made on behalf of this child of Palm Beach County and pray for justice. Some of the changes in the Petition at the end of the story were implemented.

Eight days after the death of Corey Jones nearly 1,500 friends, family members and concerned citizens rallied in Riviera Beach to praise God, to honor Corey’s memory and to call for Federally mandated changes.

Shouts of praise to God rang through the rafters of the Hilltop Missionary Baptist Church in Riviera Beach on Monday, October 26th, 2015 as the faithful raised their voices in praise to the only wise King, the all powerful One; the God of Justice.  The faith in that place was as palpable as it was heart wrenching to see the broken and hurting praising the God who gives and the God who takes away, saying in essence, “Blessed be the Name of the Lord!”

Hundreds of Christians stood together, holding hands and praying for change in the policies and procedures that allowed the shooting death of Corey Jones by Palm Beach Gardens police officer, Nouman Raja on the morning of October 18th, 2015.

The beloved 31 year old church musician whose car had broken down on the way home from a job in Jupiter was inexplicably shot and killed by a civilian clad police officer who fired six shots that ended the life of Corey Jones.

After a lively and sincere time of worship, Christians joined hands as Pastor Bobby Gilbert opened in prayer,  “We need Your help, God. We look to You God.  We can’t go any where else, God. So we trust You and look to You. Have Your own way tonight, God. Let Your Spirit, let Your anointing, Your grace, Your mercy, Your deliverance be upon this place God. And we thank you in the name of Jesus. Amen”

The grieving grandfather of Corey Jones stood up to thank the people who came, “It’s good to see my sisters and brothers who have rallied around us in the time when we need you the most. We would like to honor God’s Spirit and His presence in here.  Thank God. Thank Reverend Griffin; God bless you. Thank God for our Mayor Thomas Masters, and all the clergy.  God bless every one of you who really made this service what it was. And thank God for all of you.  Oh God. O my God…how concerned You are…about our problems, You feel that it’s everybody’s problem that my grandson, who I believe was murdered, that his life will not be in vain. Praise the Lord.”

Councilman Joseph R. Russo promised, “Because his life was taken away, we can’t let it be taken in vain. And we need to be honoring his memory by doing the right things and making the changes.”

In remembrance of the one who carried the beat of the Future Prezidents, a local band in which Corey Jones was the drummer, pastors and community leaders are calling for changes that will prevent a repeat of this tragedy, not just in Palm Beach County, but nationwide. They have drafted a petition that they plan to take to the Department of Justice in Washington DC.

The petition calls for the following changes:

The Highly-Anticipated Next Chapter of the Mega-Hit Series Comes to Theaters...
Church

My kids used to love having their friends over for this...