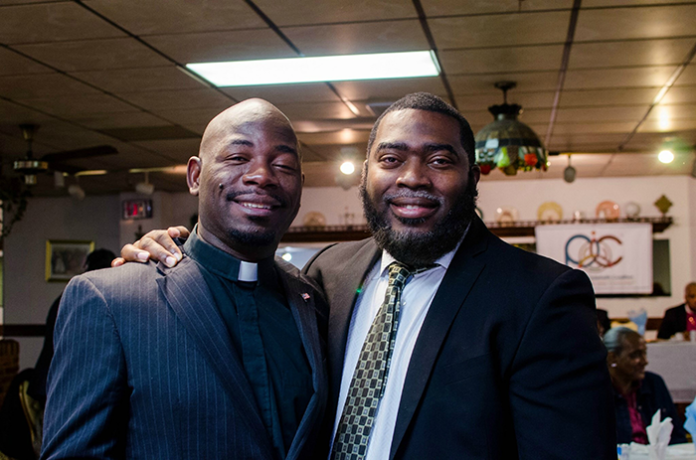 A church member recently had knee replacement surgery, and his procedure reminded me of an experience from my previous pastorate.

A senior lady chose to have both knee replacements done in the same operation because she planned to bounce back as quickly as possible to care for her husband, whose health was declining.

After a few minutes, a receptionist-type walked in and said, “We have an observation room. Would you like to watch your Mom’s procedure?”

I rushed from far upper Cherokee County to North Atlanta to pray with her before surgery. When I arrived, I discovered they took her early and her procedure was already underway. Her daughter was there and I prayed and visited with her.

After a few minutes, a receptionist-type walked in and said, “We have an observation room. Would you like to watch your Mom’s procedure?”

I was hoping she’d declined but instantly she said, “Yes, I would!”

Then the daughter said, “Come on, David!”

The employee led us down a hall, around a corner and into a room, where, on the other side of a large plate glass window lay her mom with one knee already open and the surgeon doing his thing. This weak-stomached pastor who barely survived four natural child births and almost fainted in one of them had to man up to hang with this gal. About the time I was taking in the procedure, the lady returned carrying a box and asked, “Would you like a doughnut?”

When people allow pastors into their lives, it’s a special moment and a sacred trust that God’s called take seriously.

Of course, the daughter took one, so I did, too, and we sat there eating doughnuts while viewing a knee replacement. When they sewed up the right knee, I said, “I’m going to let you handle the other one,” and slipped out and headed back to the foothills.

That doesn’t happen every day, but what does happen is pastors sharing life with people, providing friendship, support and a ministry of prayer and presence as life brings ups and downs. When people allow pastors into their lives, it’s a special moment and a sacred trust that God’s called take seriously.

Sometimes you get more than you bargain for. Years ago, I visited one of our dear ladies. She was telling me about her pacemaker and her recent doctor visit, and the next thing I know, she pulled her gown down just far enough to display the pacemaker. “Too Much Info” often comes with the territory.

Often we forget that pastors are people who also have highs and lows, good days and difficult seasons.

I popped in on another older lady who was in her backyard on a step ladder trimming shrubs. When she saw me, she looked guilty, and the first thing she said was, “Oh, please don’t tell my daughter what you found me doing.”

I didn’t, and several Sundays later, the lady shared with friends, “I can say one thing about our Pastor. He knows how to keep his mouth shut.”

Pastors love walking with their people through life’s celebrations and tribulations, but in ministry, pastors often carry burdens of their own.

Often we forget that pastors are people who also have highs and lows, good days and difficult seasons. Despite expectations, they do not wear an “S” on their shirts. They, too, carry their own burdens, grow weary, and sometimes disillusioned.

Have you ever thought about this question? Who pastors the pastor? Where does the pastor turn when he’s hurting?

In 2015, Lifeway Research partnered with the North American Mission Board to survey 1500 American pastors. The research revealed that:

Not every pastor makes it. The survey also showed that about 1% of pastors leave the ministry prematurely every year (prior to retirement).

Have you ever thought about this question? Who pastors the pastor? Where does the pastor turn when he’s hurting?

How can you help lift the load? Be a friend and encourager. Loneliness is often a byproduct of the ministry. Pray daily for your pastor and family and look for ways to show appreciation for their faithful service.

(Dr. David L. Chancey is pastor, McDonough Road Baptist Church, Fayetteville, Georgia. The church family meets at 352 McDonough Road and invites you to join them for Bible study at 9:45 and worship at 10:55 a.m. Visit them online at www.mcdonoughroad.org and like them on Facebook).

‘A Beautiful Day in the Neighborhood’ lands on Hulu at just...

Does God Have our Ultimate Loyalty