Home Entertainment Movies Newsboys say they will tour until they are 80: We are just... 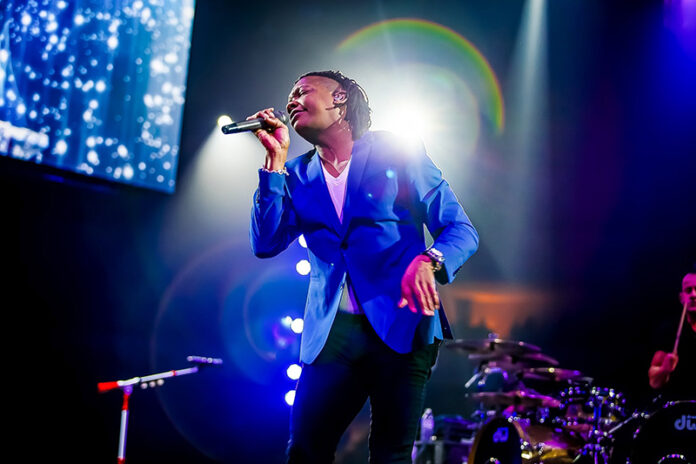 Michael Tait says he’s spent most of his life “on the road” while traveling in a bus from city to city and performing in arenas both big and small.

Until last year, that is.

Tait, the current lead singer for the Christian band Newsboys who got his start as a member of DC Talk, remained at home for most of 2020, unable to tour because of the pandemic and searching for a way to channel his energy.

Tait wrote 60-65 songs during the pandemic and picked the best ones for the Newsboys’ newest album, Stand. One of those songs, Magnetic, features a message about God’s infinite love and has been on Billboard’s Hot Christian Songs chart for more than a dozen weeks.

Tait and his bandmates believe it’s one of the best albums ever from the group, which launched in 1985 with Peter Furler at lead vocals. Tait, 55, became the frontman in 2009.

He said he has plans on touring until he’s at least 80 — similar to the members of the Rolling Stones.

The Newsboys embarked in early October on their latest tour, which will take them to more than 25 cities.

Tait and his bandmates are known for their love of live performances.

“It’s everything that I am. I love it. I love seeing people smile. I love serving people,” Tait said. “… I enjoy watching mom and dad come with Bobby and Jennifer or Lequan and Tavon and be blessed. It’s fantastic.”

Drummer Duncan Phillips called touring “the best life in the world if you’re built for it.”
“When you’re called to what you do, they say you don’t work a day in your life. I just love touring,” Phillips said. “I love what I do. I love playing drums. I love meeting people. … You get to a venue, then you get this energy — this kind of symbiotic energy from the crowd.

The theme of the new album, Tait said, is simple: “God is still in control, and God is still good.”

Phillips, too, believes the band will be touring for years to come.

“We’re just getting started,” he said.

REVIEW: ‘Alita: Battle Angel’ is a fun ride with a good...

Author and Teacher, Jann Martin’s Review of The Shack