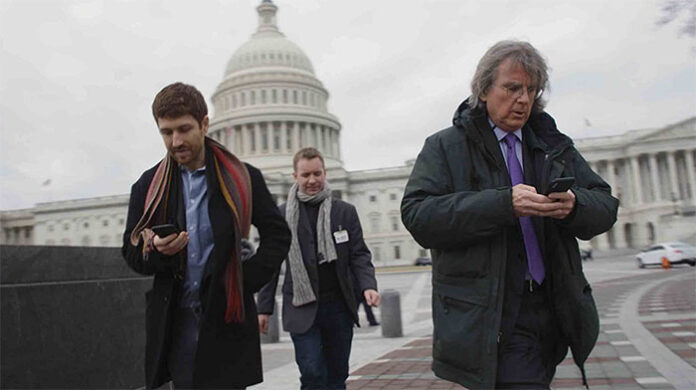 You may not smash your smartphone after watching Netflix’s newest hit documentary, but if you do, I won’t blame you.

Titled The Social Dilemma (PG-13), it interviews former Silicon Valley insiders and reveals how Facebook, Twitter, Instagram and other Internet giants have spoiled nearly every aspect of society with a series of tempting products we, too often, don’t resist.

The daily time we once dedicated to family and friends is now wasted by chasing fake happiness in a virtual world. The time we once used to read a book or take a hike is now traded for tweeting and posting and scrolling. We no longer live life. We only watch other people pretend to live their lives.

As one expert in the documentary says, social media has become the “digital pacifier” we run to when we’re anxious or sad or need a quick pick-me-up. Soon, though, we’ve wasted an hour of our day — and we’re worse off than we were before.

It’s addictive because it’s designed to be addictive, the insiders tell us.

Social media, another expert says, “operates just like the slot machines in Vegas.” That’s because you don’t know what you’re going to get when you slide your thumb down on the screen to refresh, but you know who might find something new and exciting.

It’s addictive because it’s designed to be addictive, the insiders tell us. The various platforms learn what you like, and then give you more of it. They send you notifications when you’re tagged or mentioned. They even suggest things you might like.

I always thought that, like fundamentally, it was a force for good. I don’t know if I feel that way anymore.

“Those kids are the first generation in history that got on social media in middle school,” says social psychologist Jonathan Haidt.

“I think we were naive” about the negative consequences of the technology, one of them says.

The PG-13 documentary isn’t for small children. It includes mild language and is rated PG-13 for some thematic elements, disturbing/violent images and suggestive material.
Despite the content caveats, it’s a must-watch for parents of tweens and teenagers. It’s also worth watching for adults who have fallen into the social media trap and need an incentive to climb out.

‘Switched’ (Digital and VOD Sept. 4; DVD Oct. 6) — A bullied high school girl prays that her tormentor will learn “what it’s like to walk a day in my shoes.” Her prayer is answered when the two girls wake up one morning having “switched” bodies. Switched is a Freaky Friday-style movie that’s one of the funniest comedies you’ll ever watch. It’s also faith-based and has positive lessons about bullying, kindness and beauty. Unrated, it includes no coarse language.

‘Small Group the Movie’ (Digital and DVD, Oct. 6) — A director moves from California to the South in order to film a critical documentary about evangelicals — a film his producer says will reveal them to be hateful hypocrites. The director, though, only finds kindness, love and a body of believers trying to live out Christ’s commands. This faith-based comedy drama includes mild language (misuse of “God” — said by the producer) and is rated PG-13 for thematic material including brief violence and drug references. It’s a funny film with a great message for the church.

‘Never Again’ (Theaters: Oct. 13 and 15) — A radicalized Muslim, Kasim Hafeez, travels to Israel in order to confirm his hatred for the Jewish people, but is surprised to discover a multi-ethnic nation that welcomes him. Never Again is a documentary about anti-Semitism that follows one man’s journey from being anti-Semite to being a supporter of Israel. He also meets holocaust survivor Irving Roth. It’s unrated but includes images of the holocaust.

‘Christopher Robin’ (Disney Plus) — An overworked British man rediscovers the joys of life when his boyhood friends — Winnie, Piglet, Tigger and Roo — visit him. Christopher Robin is a live-action film with great lessons about family, encouragement, kindness and the balance of work and leisure. Rated PG for some action.
Michael Foust has covered the intersection of faith and entertainment for more than 15 years. He is the husband to Julie and the father of four young children.

REVIEW: ‘The Grinch’ is an instant Christmas classic