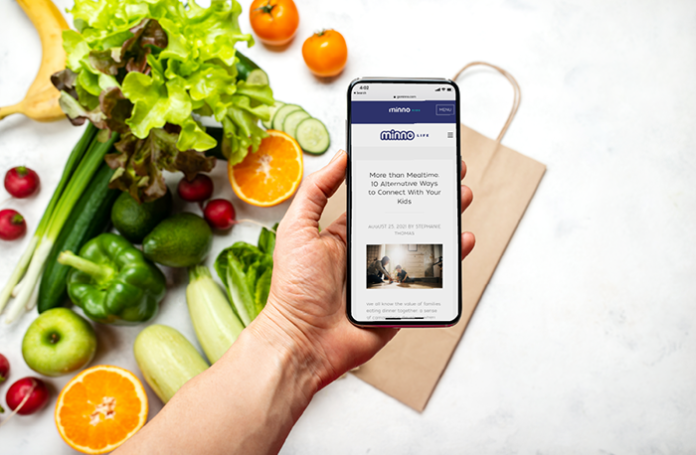 I deleted Disney Plus from my television the other day — much to the consternation of my 9-year-old daughter.

She enjoys shows about ponies and princesses. Unfortunately, though, her eyes (and thumb) stumbled upon a program that boasts kid-friendly cover artwork but unbiblical, adult-centric themes.

“So … what can I watch?” she asked in a tone that assumed there was no reasonable answer.

One week later, she had yet to complain.

Minno is a relatively new Christian streaming service that launched in 2019 and includes something the major mainstream streaming platforms can’t offer: 100 percent family-friendly content informed by a biblical worldview. There’s no coarse language. There’s no violence or sexuality.

And since it was created by Christians, all of the content also includes positive messages.
With a targeted age of preschool through elementary school, it’s one of the best family-friendly streaming platforms on the market — especially for Christian households with children.

It’s like a Bible-centric Disney Plus. It includes a mixture of classic and original content, like VeggieTales, What’s in the Bible, Friends and Heroes, Micah’s Super Vlog, Cocoa Talk and Jungle Beat.

Minno CEO and co-founder Erick Goss — a former Amazon executive — said his goal in launching the platform was to give parents streaming tools to facilitate discipleship and Bible-focused conversation.

“Most of the time you feel compromised when someone’s watching a subscription service like Netflix or Disney Plus,” Goss told me. “And Minno is a place where you can feel at home. … We really want to look at ourselves as a partner for Christian parents.”
Before a program enters the Minno lineup, Goss said, it must pass a 32-point checklist. Every title, he said, must be “theologically appropriate,” offer “good production values” and be entertaining.

This means the “cheesy” factor on Minno is — thankfully — low.

“Our perspective is: Everything that’s Christian isn’t good,” he said.
If you’re looking for content that is not only biblical but also excellent, Goss’ words may be music to your ears.

Also worth watching during the next month

Journey with Jesus (Theaters) — Tony Evans and his two daughters — Chrystal Evans Hurst and Priscilla Shirer — retrace the earthly steps of Jesus while visiting historical sites throughout Israel. It’s a gripping film that’s educational and inspiring. It will be in theaters for three nights: Nov. 15, 16 and 17. Visit JourneyWithJesusMovie.com.

Sabina — (Theaters) — It’s a dramatic retelling of the story of Sabina Wurmbrand, who converted from Judaism to Christianity and then risked her life to share the gospel throughout Germany — including with Nazi soldiers. It’s rated PG-13 for thematic content, some disturbing images and violence. It will be in theaters for three nights: Nov. 8, 9 and 10. Visit SabinaMovie.com.

Among the Stars (Disney Plus) — It’s a six-part series that follows NASA astronaut Chris Cassidy as he embarks on a trip to the International Space Station. The documentary was filmed over the span of two years and is capped by Cassidy’s trip to space, which took place in March 2020 at the beginning of the COVID-19 pandemic. Rated TV-PG.
Paw Patrol: The Movie (DVD, On-Demand) — A young boy named Ryder leads his team of search-and-rescue dogs to save Adventure City from their nemesis, Humdinger, who is now the mayor. It’s one of the most kid-friendly movies you’ll ever watch. It’s already streaming on-demand, and releases on DVD Nov. 2. Rated G.
Michael Foust has covered the intersection of faith and entertainment for more than 15 years. He is the husband to Julie and the father of four young children.

REVIEW: ‘Indivisible’ is entertaining and convicting