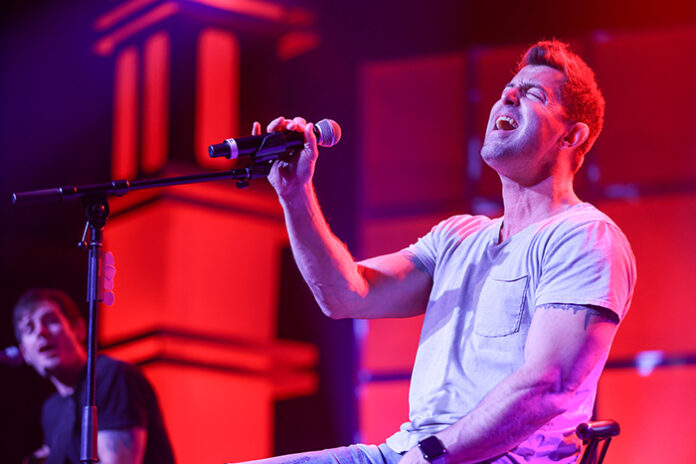 Until the pandemic hit, that is.

When COVID-19 shut down public events in the spring of 2020, Camp found himself at home and far away from the tour busses, airplanes and concert stages that were his life for two decades. Without a live show to play — and with plenty of time on his hands — Camp had more time to pray and think deeply about the biggest issues in life. Like faith and family.

Camp’s newest album, When You Speak, includes songs written during those introspective moments with God. Camp says he sensed God was telling him, “I want to teach you some things. So be open.”

“I had a whole year to just sit and process through all the things that I’m learning,” Camp said. “So there’s a depth, I believe, to this album for every song. … There’s a depth in this album, overall, from start to finish, that I think is just probably greater than what I’ve done since I first started.”

I know that you can have a song that does well on radio, but it doesn’t connect with the heart…I’m looking to write a song that connects in people’s hearts.

The album is a mixture of worship songs, pop, synth-pop and rock. The title track has enjoyed more than 15 weeks on Billboard’s Hot Christian Songs chart.

“I’ve been telling people, ‘You have to listen from start to finish instead of just being like, ‘Oh, that’s the ‘radio’ song.’ That is just the tip of the iceberg of things that God’s done in my heart. … We’re really excited about the diversity of the album. … I love different styles of music.”

When You Speak is the 13th studio album from Camp, who has 41 No. 1 radio hits across all formats.

One of Camp’s radio hits, I Still Believe, was the basis for the 2020 movie of the same name. It opened at No. 3 in theaters and was the No. 1 movie in America on its first night.
Camp, though, says he rejects the idea of writing songs for radio. For Camp, writing music is a process of listening to God.

“Early on, I would go into writing sessions with people. And if they were like, ‘Oh, man, that would be good for radio,’ I would kind of shut down. And I wouldn’t want to write with them again. Because I know that you can have a song that does well on radio, but it doesn’t connect with the heart…I’m looking to write a song that connects in people’s hearts. And if it does well on radio [then] that’s because it’s connected that way.”
Learn more about When You Speak and Camp’s upcoming tour at JeremyCamp.com.