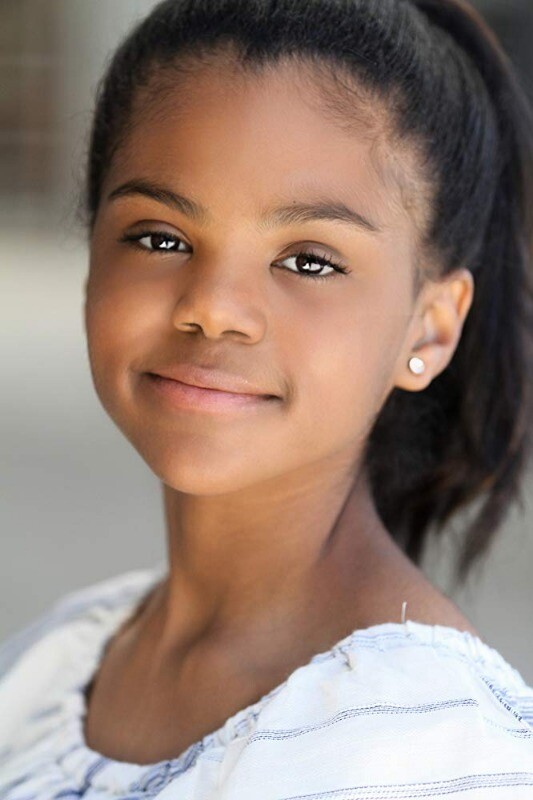 “If God is for you, who can be against you?” said seventeen-year-old actress, Aryn Wright-Thompson.

After eight years of sending in audition tapes and working with an agent in North Carolina, Aryn held onto her faith as she waited for her first big break into acting.

Like many aspiring stars, it took patience and perseverance to get cast in her first feature film last year. Just when she considered the idea of quitting, her agent called about an audition for the faith-based film Overcomer.

After her auditions, Aryn was thrilled when she was offered the role of Hannah Scott, a cross-country runner who is counseled by high school sports coach John Harrison (Alex Kendrick) as she questions her purpose in life.

“I could relate to the character of Hannah. She was learning about her identity, and at that time, I was struggling with anxiety. I had forgotten who I was in Christ. I forgot about how He thinks of me and how He will never forsake or leave us. Hannah was learning the same things. We were going through the journey together.”

Aryn says she learned a lot from being on the movie set of Overcomer. Even when she wasn’t acting, she was visiting other places on set—taking it all in. There were prayer teams available wherever she went. The days started and ended with prayer.

“I could feel the presence of God. I know God is always with us, but my anxiety was through the roof. But as soon as I got on set, something came over me. It felt like God was standing right beside me. It was the best experience of my life.”

Although Aryn was not a runner before the film, she is active in cheer, volleyball, basketball, and softball. She also studies piano and dance: ballet, jazz, tap, acro, and lyrical. Aryn worked hard with a running coach to develop her skills, clocking over fifty miles by the end of the movie. Toward the end of filming, she contended with shin splints that have since healed. She continues to practice running in her free time.

Aryn’s high school made her classes available online during the filming of Overcomer. Once she was back in her hometown, she resumed her classes on campus with her friends.

“It was good to have that sense of normalcy and be able to see my friends again,” Aryn said. “I’m grateful for true friends who have been so kind to me.”

When she isn’t acting, Aryn enjoys reading because she says, “reading is power.” Her favorite book is When the Mountian Meets the Moon. She also loves dancing, listening to gospel and some pop music, writing songs, and staying active and working out.

Aryn has a passion for public speaking at churches and schools about faith in God. When she was twelve, she started a speaking platform called HOPE (Helping to Obtain Positive Experiences) in order to encourage others to chase after their dreams.

“I’m so excited that since the film, I have more opportunities to speak about God and give Him all the glory.”

Recently, Aryn has been diligently working on college and scholarship applications. She has a few on her radar outside of North Carolina in hopes of learning about new places.

Acting is on the top of Aryn’s list for her future. She also hopes to do more speaking. It is a dream to one day open a church with her father. She says her family has been instrumental in her growing faith.

No matter where God takes her, Aryn’s main goal is to continue encouraging others in their faith in God.

“I want people to know that God is always with us. Keep following your dreams. The worst thing that could happen is you could fall down. But then you just get right back up because it’s not over until it’s over. And if it’s over, try again. If God is with you, it’s going to be okay.”

Biden to Use Huge Bible for Swearing-In

NCV Exclusive with “I Can Only Imagine” Co-Director & Co-Writer, Jon...