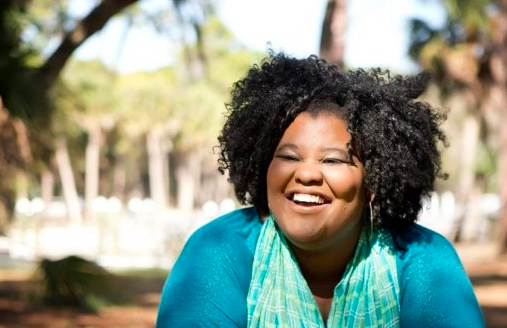 Jeanny Alexandre, the 2013 Gospel Music Award vocalist of the year and resident of Palm Beach County, is set to release the first EP recording of her career – With These Stones.

A graduate of Palm Beach Atlantic University, Jeanny Alexandre is currently serving on the chapel praise team of The Family Church Downtown.

“The very title of this album comes from the biblical story of David and Goliath,” Alexandre said.

The Lord said that these with be stones in the hands of my people that are lost – in a world that is believing the Goliaths in their lives, believing what the world is saying.

Inspired by this passage found in I Samuel 17, Alexandre performs five songs that signify the five stones that David had prepared in his fight with Goliath.

“When I read that scripture, the Lord placed it on my heart to have five songs on this EP and the Lord said that these with be stones in the hands of my people that are lost – in a world that is believing the Goliaths in their lives, believing what the world is saying,” Alexandre said. These songs are given to me for God’s people, for the purpose when they find themselves hearing the voice of lies inside themselves; they can reach inside their pouch of faith and soul, find these songs and slay the giant.”

The event also featured spoken word artists, Gabriella Hoge and Nathan Caustic, who both vocalized two of their newest poems.

As an accomplished artist, this will be Alexandre’s first gospel music product.

“The thing that I’m proudest of is that I get to lead worship at my church every Sunday at Family Church with a body of believers, and that is and will always be the greatest achievement in my musical career.”

The last song on the EP, Don’t Waste It, will be the basis of her gospel tour in the near future.

Alexandre’s album will officially be released on Friday, April 22 on iTunes and Spotify.