Claims Vaping a Safe Alternative to Smoking Go up in Smoke 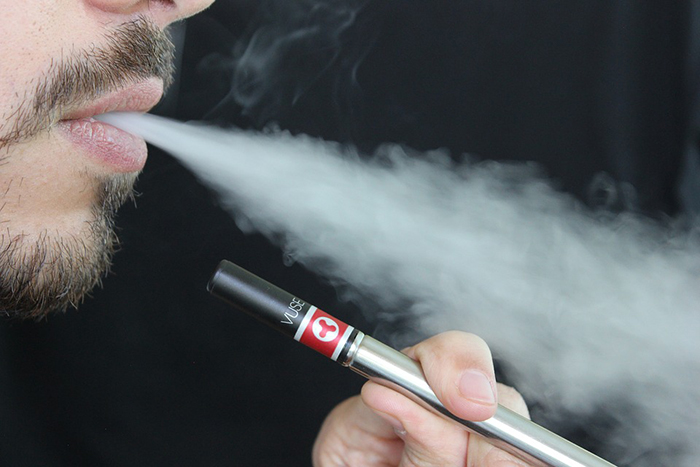 While smoke is not involved in vaping, a firestorm of controversy about the safety of vaping has filled the air recently. CDC is investigating over 450 cases of severe lung illness linked to vaping. In addition, seven vaping-related deaths have been reported from severe lung illnesses. These developments call into question the contention that vaping is a safe alternative to smoking cigarettes.

Vaping is the inhaling of vapor produced by an electronic cigarette. These cigarettes heat liquid into an aerosol the user inhales. No smoke is produced by an e-cigarette, only vapor. Rather than producing tobacco smoke, an e-cigarette produces an aerosol that consists of fine particles which quickly enter the lungs and then go into the bloodstream. These small particles contain varying amounts o toxic chemicals.

No strict FDA testing has been done on electronic cigarettes. Therefore, any claim they are a healthier alternative to traditional cigarettes is unsubstantiated.

E-cigarettes are relatively new having been introduced to the mass market here in the United States in 2007. Their popularity has exploded; currently 10.8 million adults and 3.6 million teens are estimated to use them in this country. In fact, e-cigarettes are more popular among youth than any traditional tobacco product, and their use is higher among high school students than adults. Between 2011 and 2015, e-cigarette use grew 900% among high school students.

Why are e-cigarettes so appealing to youth? Part of the appeal is financial. The cost per use for e-cigarettes is less than for traditional cigarettes. The lack of smoke is also a plus. Vaping does not produce a strong smoke smell which may be a social negative or a tipoff to parents or authority figures that one has been vaping. The availability of certain e-cigarette flavors such as fruit or candy also appeals to a younger crowd.

While e-cigarettes might have fewer toxins in them than traditional cigarettes, they still put harmful matter and chemicals directly into the user’s lungs.

Many unknowns exist about vaping, including exactly what chemicals make up the vapor and what the long-term effects on physical health might be. Use of e-cigarettes may also lead to the future use of traditional cigarettes. According to Yale health researchers, vaping increases the risk that a teen will smoke regular cigarettes later.

E-cigarettes are considered tobacco products because most contain nicotine which comes from tobacco. Nicotine is the primary agent in both regular cigarettes and in e-cigarettes, and it is highly addictive. Research suggests that nicotine can be as addictive as cocaine and heroin. Not only is nicotine addictive, but it is toxic. It can elevate blood pressure and spike adrenaline, increasing one’s heart rate and the likelihood of suffering a heart attack.

Currently, the most popular vaping device by far is the JUUL, a small device that looks like a USB flash drive. This product, which only came out in 2015, commands a 72% of the market for vaping products. Its market share is high and so is the product’s nicotine content. One pod or flavor cartridge contains the same amount of nicotine as a whole pack of cigarettes.

CDC has urged Americans to stop using e-cigarettes while investigations are ongoing.

The substance e-cigarette users breathe in and then exhale can contain harmful or potentially harmful substances like chemicals and heavy metals in addition to nicotine. Scientists have found harmful chemicals such as formaldehyde, a strong-smelling chemical used as a preservative in funeral homes and medical labs, in e-cigarette vapors. A study from Johns Hopkins University found that e-cigarettes can potentially release significant amounts of toxic metals in its vapors which users inhale. Discovered in the vapors released by e-cigarettes were potentially unsafe levels of lead, chromium, manganese, and/or nickel.

The recently reported lung illnesses related to vaping are believed to be associated with chemical exposure from vaping. Vaping leads to inflammation within the lungs, and the chemicals in e-cigarettes can cause permanent lung damage. Accordingly, CDC has urged Americans to stop using e-cigarettes while investigations are ongoing.

Specific case examples about vaping consequences are startling. A seventeen year old Texas boy who had been vaping since 8th grade nearly died. An x-ray of his lungs showed a complete blockage. He was placed in a medically induced coma, and his parents were not sure he would live. The boy did recover; he pitched all his e-cigarettes and swore off vaping when he got out of the hospital. In another case, which lead to death, a female in her fifties died in Kansas a week after starting to use e-cigarettes.

According to the U.S. Surgeon General, the number one reason young people give for using vaping devices is because of the flavors offered. There are over 7,000 flavors of e-cigarettes on the market, including cotton candy and gummy bear. Youth are being targeted as consumers when such flavorings are marketed. In response to this strategy, various jurisdictions are considering bans on the sale of flavored e-cigarettes. New York Governor Andrew Cuomo has announced he would pursue emergency regulations to ban the sale of such products. Michigan previously announced it was moving towards such a ban.

While banning flavored e-cigarettes might reduce sales, the most expedient defense against their harms requires no legislative action. Those who are not vaping now should not start. Those who are currently vaping need to reassess the possible harm to their health from that practice. Research results so far and news reports of severe lung illnesses linked to vaping lend credence to the statement that it is blowing smoke to think vaping is a safe alternative to cigarette smoking.

History appears to be repeating itself in Florida, and we need to be in prayer for the land that God has entrusted us with.
World

History Goes up in Flames at Notre Dame

T The historic Notre Dame Cathedral in Paris went up in flames...
Florida

On March 18 Gov. DeSantis signed into law a bill repealing the ban on smokable medical marijuana. Informed citizens need to understand what this new law does and does not authorize as well as for what medical marijuana is used.
Florida

Shedding Light on Government in the Sunshine State

While spring break and springing forward are familiar events to Floridians, the governmental process may be a bit of a mystery to them. Now is the time to shed some light on how the state’s legislative process works.

A new church on the World Trade Center site in New York has been reopened after being destroyed in the Twin Towers attacks in 2001.

5 Ways Sugar Can Hurt You