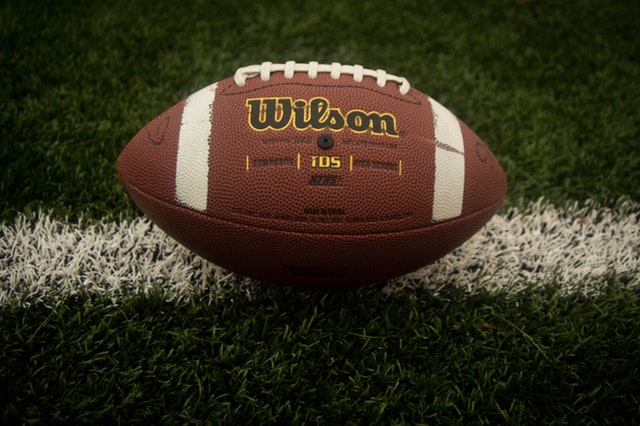 This past weekend I was honored and blessed to be able to spend some time at a Super Bowl event in Minneapolis.

Wow, was it cold there!

I attended the NFL-sanctioned Athletes in Action Super Bowl Breakfast as a correspondent for AIA. This event was enormous as more than 1700 people attended to watch Benjamin Watson receive the prestigious Bart Starr Award.

This breakfast has been a mainstay since 1988 and has honored former recipients such as Anthony Munoz, Jason Witten, Steve Largent, Peyton Manning, Drew Brees, Aaron Rodgers, etc. You get the idea. Good guys in the league.

I interviewed Watson a few weeks ago after a Bengals game, and AIA published the piece I wrote on their website. You can view it here.

After the breakfast, I ran into him again and approached the Baltimore Ravens tight end.

“You might not remember me, but we’ve met before,” I said to break the ice.

The 6-3, 250-pounder did not hesitate and fired back. “Yes, I do remember,” he said. “You interviewed me in Cincinnati and talked with me about my faith. I remember you well.”

He went on to tell me he had read the post on AIA and thanked me. That’s refreshing to hear and gives me the motivation I need to continue my journey.

But then I saw things throughout the course of the day that made me giggle, shake my head and also ponder at times.

Do we as a society, or even I as a writer, put some of these athletes on a pedestal too high to reach?

One of my writing goals has been to try to find athletes of faith and tell their inspirational stories. Too many players today have a negative image, and our young children often emulate bad habits or behaviors from their “heroes.”

What I saw on Saturday at the Hilton Minneapolis entertained and saddened me at the same time.

The lobby was packed with enthusiastic fans who hoped to snag a picture with any player they encountered. Grown men wore their favorite jerseys while the gals were dressed to the max. Kids ran around with footballs to have signed from an NFL great.

The hotel was a Who’s Who of the NFL. I ran into too many to count: Kurt Warner, Jerome Bettis, Joe Montana, Dak Prescott, Chad Pennington, Michael Irvin, Deion Sanders, Joe Theismann, Case Keenum, Tony Dungy, and on and on and on.

“Clap for players, but worship God.”

The atmosphere was like a carnival, and I perched myself on the second-floor balcony to “people watch.”

But when I ventured down to the chaos on the ground floor, I witnessed what we as a society along with the media have done to these “regular guys” who happen to play football.

We have lifted these folks up to an unimaginable high that is hard for them to descend. Most of the famous players love and crave the attention, yet few take the time to interact with their admirers. They relish the idea of being adored.

Fans go to any length to obtain an autograph or snap a picture. One boy was able to get his photo taken with Jerome Bettis before the former Pittsburgh Steelers running back disappeared onto the elevator. He admitted to his dad a few moments later he had no idea who Bettis was but assumed he was famous.

I chuckled when I overheard that conversation.

I get it! I understand where these fans come from. It’s exciting to get what might be a one-time opportunity to meet the athletes they watch all the time.

For example – there’s me.

And who do you think I ran into in the halls of the Hilton? Captain America, Roger the Dodger himself. I didn’t expect to meet him this way, but I took advantage of the rare encounter and engaged him in a brief conversation about his faith. And, of course, a selfie was in order.

But, I don’t idolize him or any athlete for that matter. Over the past year, I have interviewed close to 100 athletes and obtained a few of their stories.

And most of them have similar lessons. They have all struggled with identity. Watson has preached this for years. He told me he has to remind himself every day he is a child of God, who just happens to play football.

The media puffs up the players, and each league pays them unimaginable money to be good at their craft.

For a kid to admire an athlete is one thing – but to idolize that player is dangerous and wrong. I’ve witnessed people push and shove others out of the way to get close to their “idol.”

I’ve seen crazed fans do anything to fist bump an athlete or get an autograph. This weekend alone, I saw a woman run up to a player, ask him if she could kiss him on the lips, and then have her request fulfilled. They had never met before!

That made me shake my head.

They are people who happen to be famous. That’s all. Perspective.

“Ye shall make you no idols nor graven image, neither rear
you up a standing image, neither shall ye set up any image
of stone in your land, to bow
down unto it:
for I am the Lord your God.”
Leviticus 26: 1

There is no reason on earth to knock someone over to get to Drew Brees. He has nothing to offer except a handshake or a high five. He can provide a memory.

But he can’t heal you or save your soul.

For example, the woman with the issue of blood went to great lengths to touch the hem of Christ’s garment. She must have gone through a similar crowd I experienced Saturday. Her effort and faith were rewarded when He touched her sick body. Scripture tells us she was made whole.

We as a society should be breaking down doors to get inside the house of God and worship Him instead paying hundreds of dollars for tickets to step into an arena. The average price for the Super Bowl this year was just over $5,000. A ticket to the first Super Bowl was $12, just FYI.

There is nothing wrong with watching games or admiring an athlete. But the focus needs to be on the one who remains undefeated – the Lord!

Clap for the players, but worship God.

Do you put athletes on a pedestal? Do you see your need to give God more attention?

His autograph is more valuable, and you can obtain it when he writes your name down in the Lamb’s Book of Life. And that is one you cannot sell on eBay!

Previous article
What about the Memo? Confronting the “Ring of Power” with Prayer
Next article
The Greatest Showman Movie Review

What are the Odds?